Tom was recently writer/director/producer for SpongeBob Appreciation Day, a live action special starring Tom Kenny, Jon Heder, Rob Riggle, Meghan Trainor and Anthony Davis which aired on Nickelodeon in Jan 2020. Currently Tom is writing a soon to be announced feature film in the SpongeBob universe. Tom was also recently showrunner/director on two Netflix shows: Kevin Hart’s Guide to Black History and The Toys That Made Us. Tom’s short film Adams ,which he produced, directed and adapted from the George Saunders story, stars Patton Oswalt and Fred Armisen, and has won 7 awards at various festivals so far, including Best Comedy at  HollyShorts, where the jury included Anthony Russo and Matthew Modine. Other recent shows directed by Tom include Comedy Central’s rebooted Crankyankers, Fox’s What Just Happened with Fred Savage, and the Jim Henson Company’s upcoming animatronic alien show for Disney + Earth to Ned.

In 1987, while at NYU’s Tisch School of the Arts, Tom collaborated with underground rock legends Butthole Surfers on the short film Cherub. Also while at NYU he began a partnership with Alex Winter which lasted eight years – their college film Squeal of Death caught the attention of Sam Raimi who then developed a feature comedy script with them. After graduating, the pair went to Hollywood and directed IMPACT Video Magazine, which featured cutting edge artists and performers such as Bill Hicks, Survival Research Labs, Public Enemy, Robert Williams, Janes Addiction, and another short film with Butthole Surfers. Tom got his first mainstream show business job writing for the Jim Henson Hour on NBC. After that he collaborated with Alex Winter on the MTV Sketch Comedy show The Idiot Box, which he co-wrote, co-directed, and co-starred in. The Idiot Box was listed as one of the 40 best sketch comedy shows of all time by Rolling Stone magazine.

Tom went on to co-write the feature An American Werewolf in Paris with Tim Burns. Tom and Tim then co-created The Chimp Channel, a comedy series for TBS. Tom went on to co-create Wanderlust (with Josh Gardner), a comedy travel show for Comedy Central, which he also co-wrote, directed, and executive produced. He was a showrunner for Comedy Central’s Crank Yankers, and for MTV’s The Andy Milonakis Show, both of which he also directed. Along the way Tom directed for The Man Show on Comedy Central, Jimmy Kimmel Live on ABC, and was a staff writer for Trey Parker and Matt Stone’s Comedy Central show That’s My Bush.

Tom was the director and executive producer for Adult Swim’s series Saul of the Molemen. He co-wrote, co-created and directed an innovative photo animated pilot for MTV called Hardin High and has directed music videos for such artists as Red Hot Chili Peppers, Ice Cube, Butthole Surfers and Marilyn Manson.

Tom and Josh Gardner recently created a genre they call "Petsploitation" with a serialized comedy series  called Golden Revenge. It’s a cross between Homeward Bound and Death Wish – and tells the story of three pets on a cross-country trek for bloody revenge, grind house style. It was produced by Conoco and Warner Brothers Blue Ribbon Content. Distribution plans will be announced soon.

Tom is married to architect Barbara Bestor and lives with their blended family of four kids  in Silver Lake, Los Angeles.

How I got here 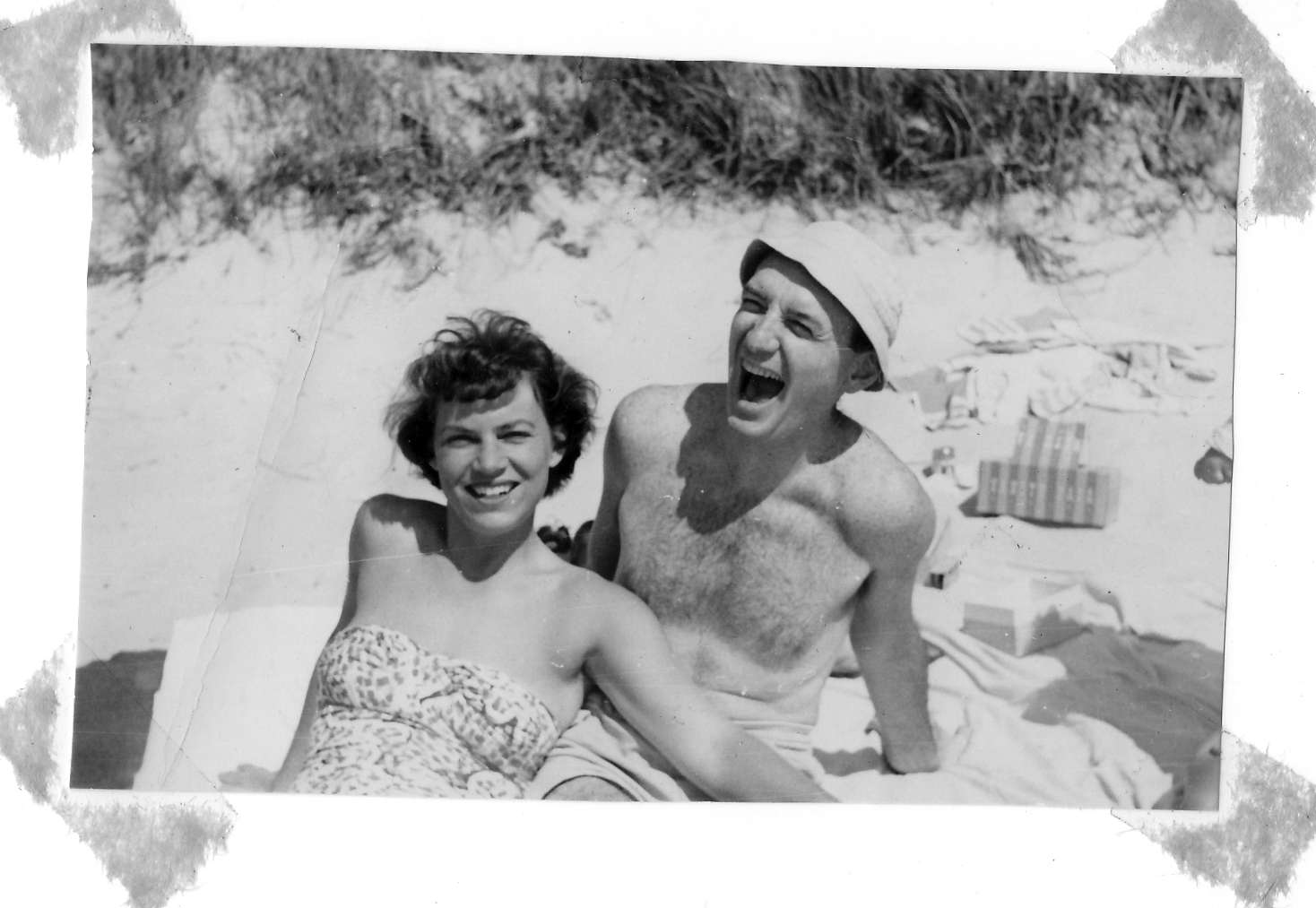 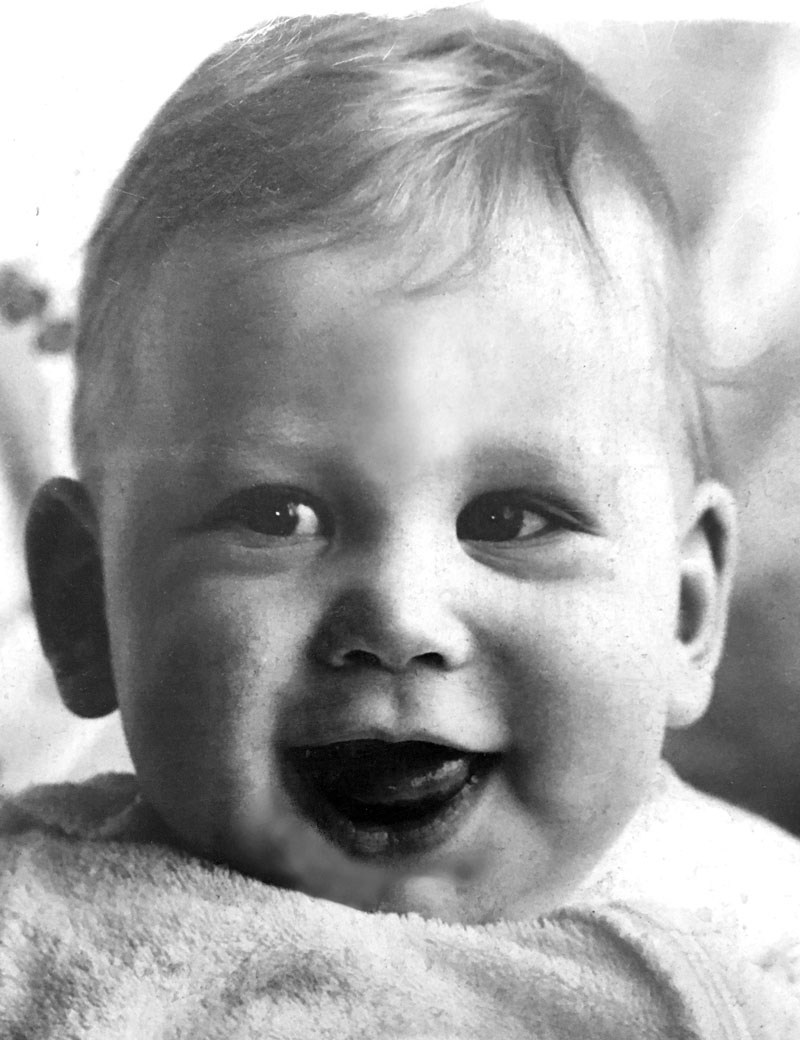 May 18th 1965. Surprise! The Sterns have an accidental Gen X child: Thomas Jason Stern, AKA me. I grow up on Old Farm Road and begin to ripen, fertilized by pop culture, notably Loony Toons, TheBeatles, Popeye, Mad Magazine, Monty Python, Woody Allen and 2001: A SpaceOdyssey, which blows my 8 year old mind.
I start making films with this 8mm camera (my dad bought it in the 50s to shoot home movies). 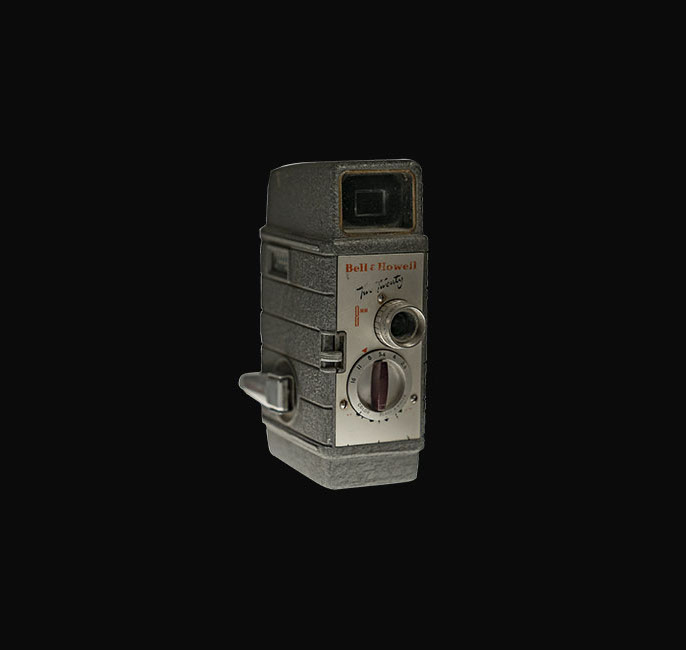 I make a gangster movie called Little Louie, a few “blowing up my model battleships with M80s” genre pictures, and then a breakthrough sci-fi comedy The Fruit Gun, about a mad scientist who invents a ray gun that turns people into fruit. The big punchline – he turns some old folks into a box of prunes.

As my older siblings go off to college, I’m left me alone with my aging parents, who are tired of looking after teenagers, so I’m left to my own devices.
‍
I scarf down more culture: National Lampoon, SCTV, more Kubrick, R. Crumb. Bob Marley. Cheech and Chong. Pot. Punk Rock. New Wave. Art Rock. John Waters. I discover Fats Waller and feel a strange connection to Cab Calloway.
‍
At age 13 I begin to cultivate an identity: young music snob. I feast on Talking Heads, Elvis Costello, Sex Pistols, The Ramones, The Clash, Gang of Four, Captain Beefheart, Magazine, et al, and struggle to reconcile my love of Steely Dan and The Grateful Dead with the emerging punk rock ethos.

I take Mr. Rinaldi’s Film Media class at Byram Hills High School where I learn to watch movies as art – and am smitten with the work of Werner Herzog.
‍
I make a parody of Burden of Dreams, Les Blank’s doc about Herzog forcing natives to haul a steamship over a mountain in the jungle. My version was called Burden of German Accents, in which I play a crazed Herzog who berates his crew to haul a truck through our classroom. I take LSD. I get into Franz Kafka. I see Airplane. My short story wins first prize in Westchester County Fiction Contest (published in Westchester County Magazine 1982). It goes to my head. I dream I will be the next Kubrick. But, class clown that I am, I calculate that my best shot at breaking into show biz is as a comedy filmmaker.

Image: scan of Westchester Magazine and Grand Union Beer page. Pic of me as HS senior w dream bubble with Kubrick in it.
‍

I go to NYU Film School, befriend Alex Winter and start collaborating with him.

I strive to transition from Suburban Dork to East VillageHipster, under the tutelage of Alex I lose some of my white boy stink as I discover black music on a deeper level, beyond the crossover acts I’d grown up with.Funkadelic, Black Uhuru, and the just emerging sounds of RUN DMC, SCHOOLY D,BDP, JUST ICE etc… Meanwhile I discover the Velvet Underground and The Stooges.I’m immersed in the post punk bloom: The Minutemen,  Black Flag, Meat Puppets, etc but especially an amazing band just breaking on the scene: The infamous Butthole Surfers.

By day I’m learning how to make films and discovering more cinematic treasures, and some  new movies make a big impression: Robocop and Sam Raimi’s Evil Dead 2. My circle of friends call each other CHUDs.
‍
Together we do a series of short comedies starring Alex as “Weird Howie”, culminating in our Sophomore year 16mm Opus – Squeal of Death.
‍ 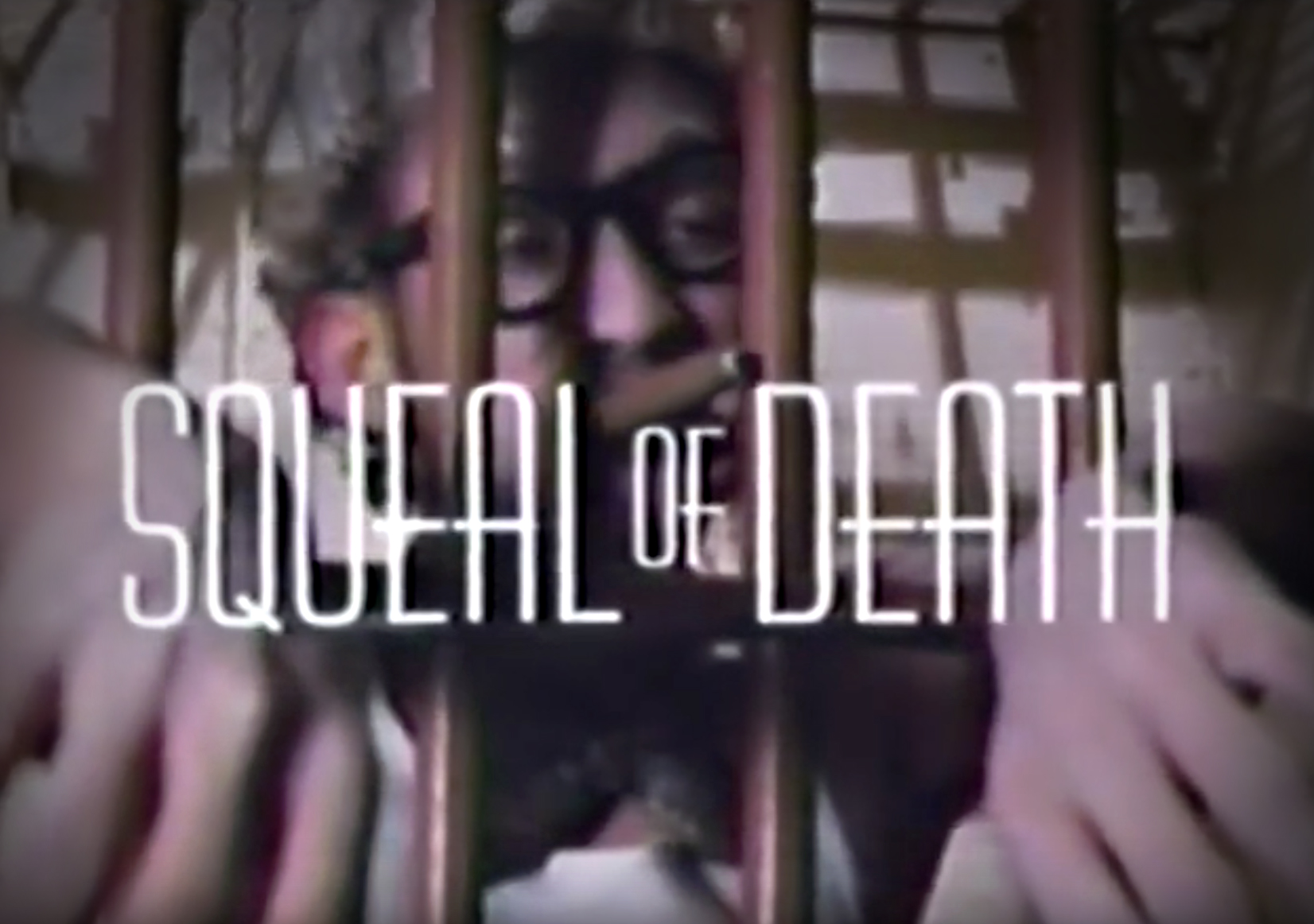 Inspired by the animation of The Fleisher Brothers, Tex Avery and Bob Clampett, along with film noir and Airplane, Squeal is a hit at school and will be our calling card in Hollywood. Alex gets a part in Lost Boys, moves to LA and drops out of NYU. I stay at Tisch, where I make more movies, including Cherub, which features The Butthole Surfers performing at CBGBs and my friend/collaborator Alex Halpern running naked through Grand Central Station.
‍ 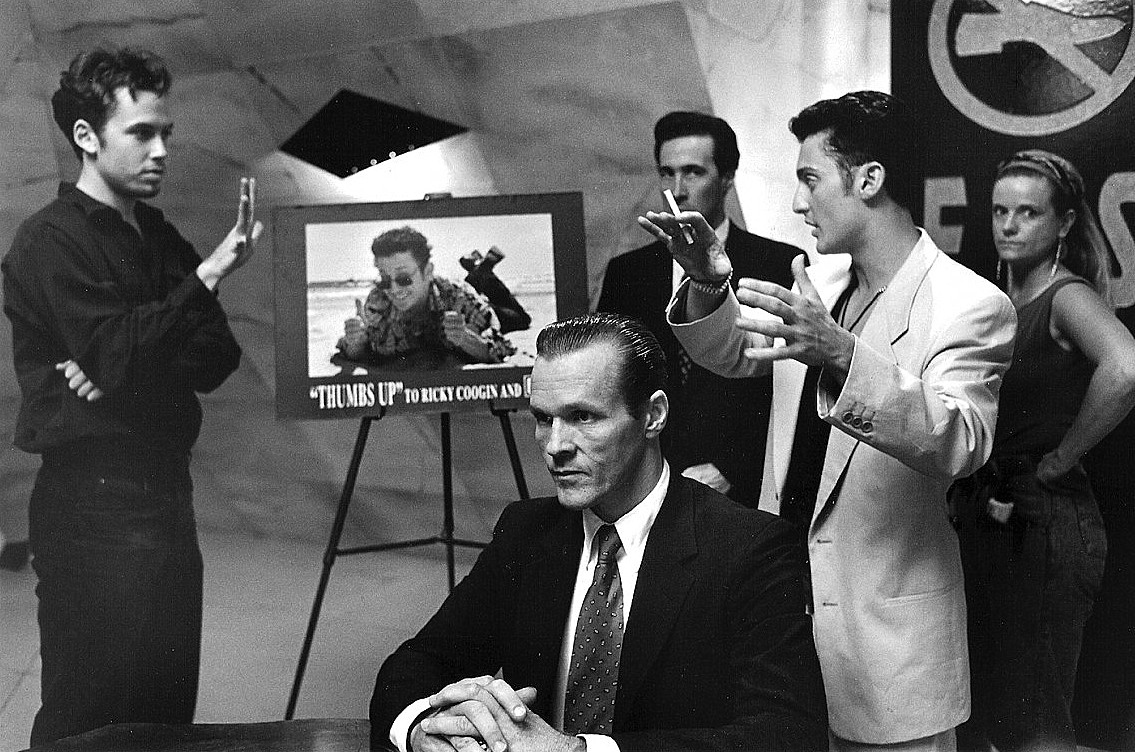 Alex and I move to Venice Beach and start writing screenplays.  I get my first professional writing job on The Jim Henson Hour, where I meet frequent writing partner Tim Burns. Sam Raimi likes Squeal of Death, and hires us to write an anthology comedy feature. It doesn’t get made but another Squeal of Death fan, Flea, hires us to direct a Red Hot Chili Peppers video which we make at Propaganda Films. We stay at Propaganda, where we make more music videos, including Ice Cube’s first: Who’s The Mack?‍
‍
Bill and Ted’s Excellent Adventure is a surprise hit and gives us enough juice to sell The Idiot Box to MTV. After that comes Freaked, my last collaboration with Alex Winter, though we remain dear friends.

Freaked is too weird for the new head of Fox, who dumps it. But it finds a cult audience years later on Cinemax and HBO. Propaganda hires me to write and direct a sequel to American Werewolf in London. They love the script, which I write with Tim Burns, but Freaked got dumped in the interim, they fire me as director. The film is rewritten 12 times and goes through several directors before finally being made. The result is not good. I am sad.
‍ 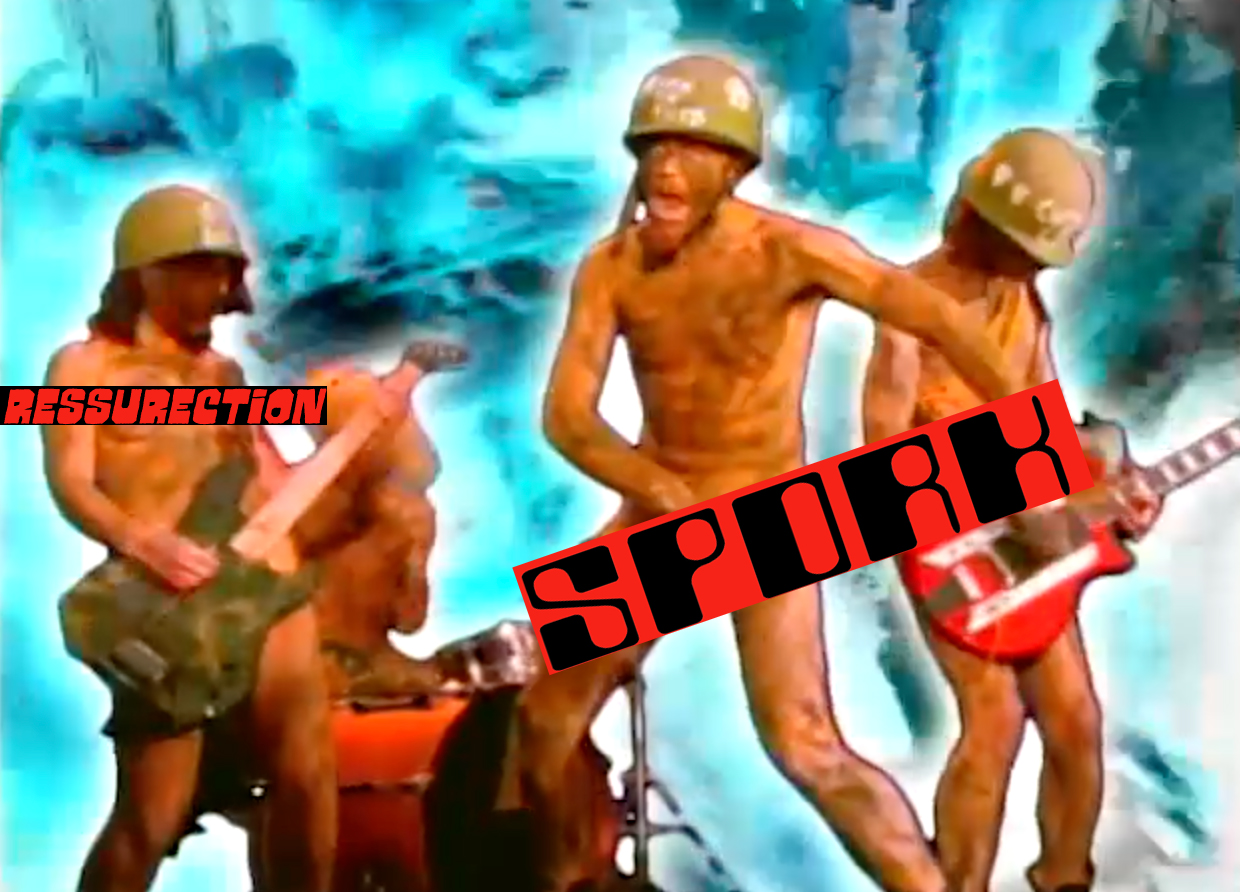 Bitter about Freaked and Werewolf, I take a break from filmmaking to start an industrial punk band called Spork. Marilyn Manson likes my Spork video and I direct his Dopehat video. He invites Spork to tour with him. We do, and I live out my rock and roll fantasy. 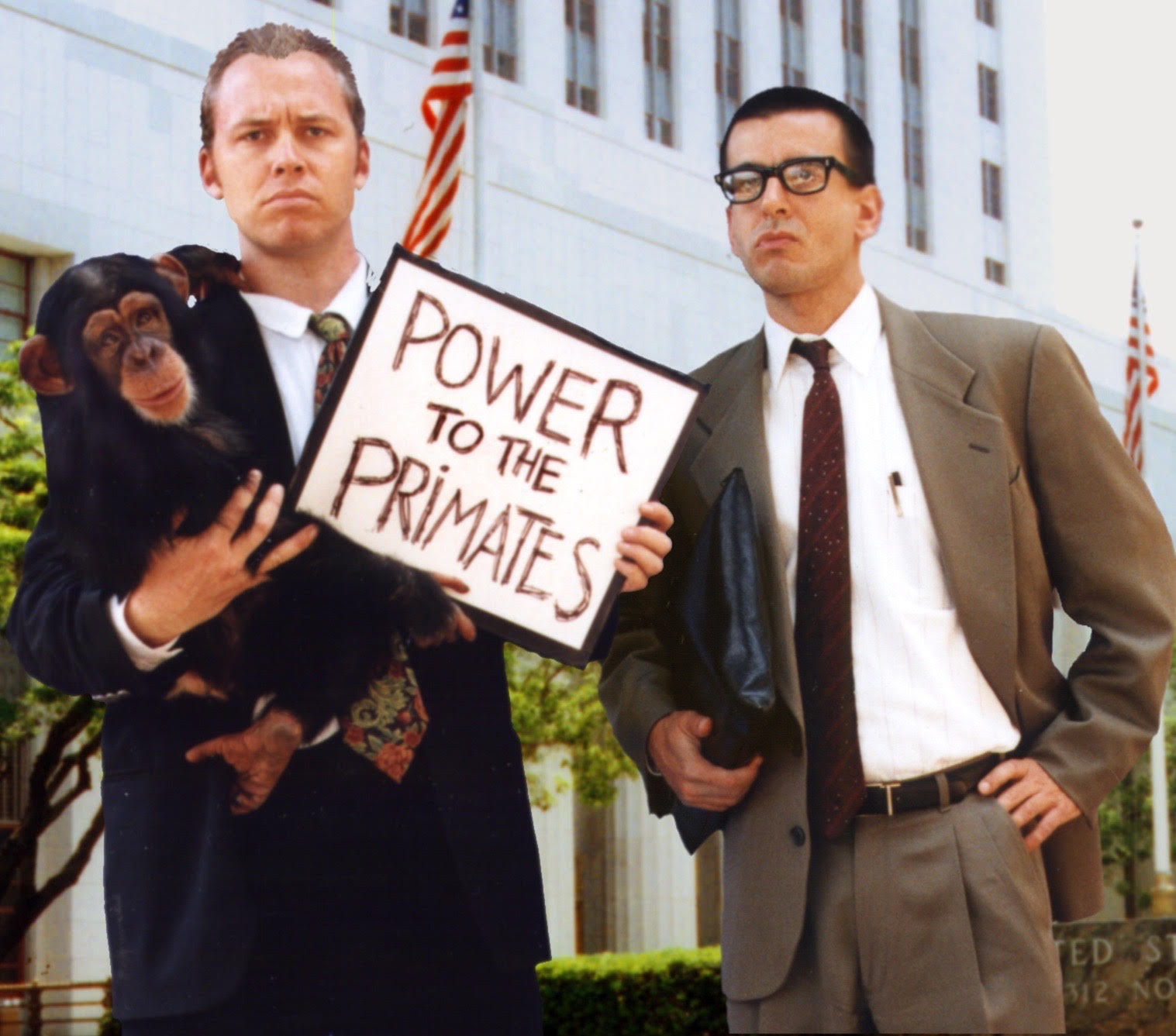 I direct chimp movie parodies for the 1996 MTV Movie Awards. TBS hires me to do 45 more and then buys The Chimp Channel, an all chimp version of SCTV I create with Tim Burns. I make more chimp comedy for Jimmy Kimmel’s Man Show.

I meet Jimmy Kimmel when we perform in The Perry Project together (years later it evolves into Windy City Heat on Comedy Central). I direct The Man Show and start a 10 year stint in Kimmelot. I host Woodstock 99 Webcast with a young Patton Oswalt.
‍
I create Wanderlust with Josh Gardner and Jimmy produces it for Comedy Central. We travel the world making comedy with the folks we meet there.
‍
I direct at Jimmy Kimmel Live for ABC, then run more shows for Jimmy: Crank Yankers and The Andy Milonakis Show.
‍
I make an insane music video for a Russian metal band anddirect the Kanye West “Black Muppet Show” pilot called Alligator Boots for Comedy Central. Kanye asks us to cast KimKardashian so he can meet her. I marry indie filmmaker Tamara Hernandez and we havetwo kids: Tuesday and Murray Stern. 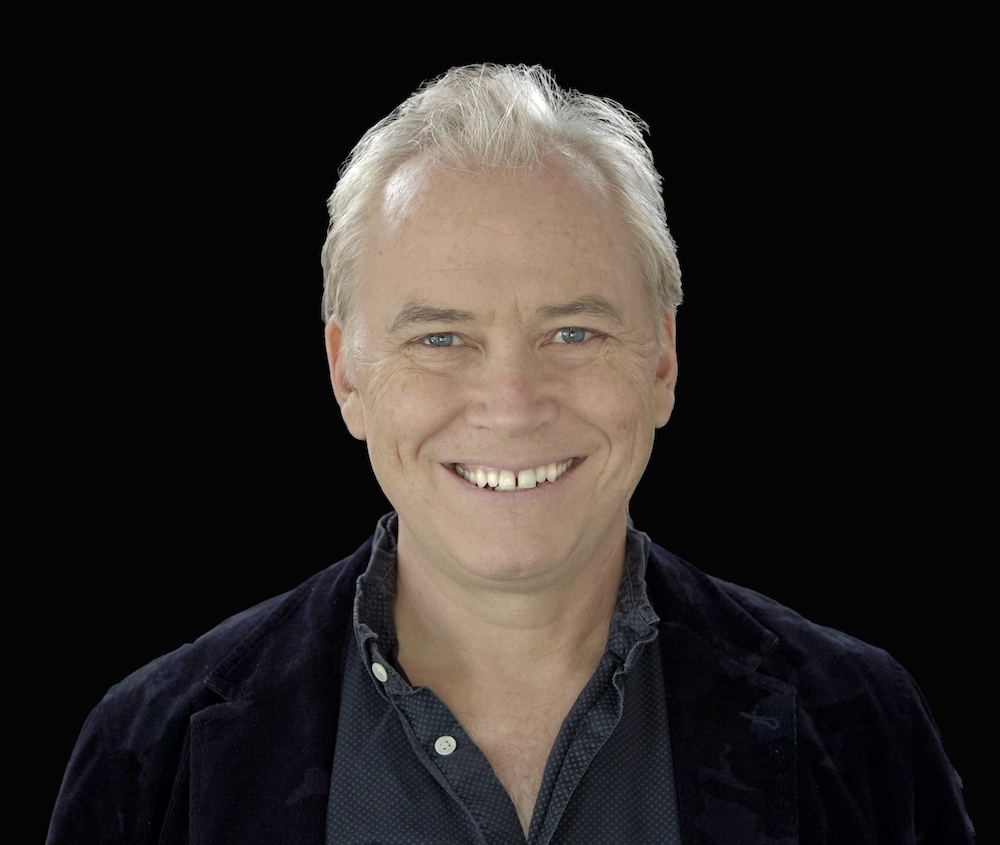 I direct Stevie TV for VH1, a Norm MacDonald pilot for TBS, and another couple MTV pilots: Hardin High and Marc Saves America. I marry Barbara Bestor, write her this song and we blend our families. I direct 2 Broke Girls. I make The Toys That Made Us for Netflix, followed by Kevin Hart’s Guide to Black History.

‍
I adapt a George Saunders story and win some awards for it. Josh Gardner and I create the exciting new genre of Petsploitation with Golden Revenge.

I direct the Crank Yankers reboot, What Just Happened for Fox, and I write and direct a pair of new SpongeBob projects and a Jim Henson Company Disney Plus show called Earth to Ned.
‍